Start Blogging 101 is reader-supported. If you purchase through a link on my site, I may earn a commission. Learn more

Jarvis Recipes are one of the latest features released by the Jarvis AI team and they allow you to take your AI-generating power to a whole new level.

In this article, I’m going to teach you all about how to use Jarvis Recipes so you can learn to master writing with Jarvis AI and become even more productive!

If you’re brand new to Jarvis.ai or are looking for more information on how to use Jarvis, make sure to check out these other posts of mine:

Are you ready to learn how to use Jarvis Recipes? Let’s get right into it.

Use the Jarvis Recipes tutorial guide below to jump around as you need.

What are Jarvis Recipes?

In short, Jarvis Recipes are pre-built workflows that contain a number of Jarvis Commands that act as a template to help you build AI content even faster.

Just as a regular food recipe contains a series of instructions on how to make a food dish, Jarvis Recipes contain a series of Jarvis Commands that, when run in order, will allow you to create all types of content faster than you ever have before.

If you aren’t exactly sure what Jarvis Commands are, they’re essentially a way of telling Jarvis what you want him to write.

For example, if you wanted Jarvis to write an intro paragraph for your blog post, you used to have to open up Power Mode, choose the “Blog Post Intro Paragraph” template, fill in all the information about it, generate the AI content, and then copy and paste your favorite intro paragraph into your long-form editor.

If you haven’t read my other Jarvis tutorials teaching you how to write epic blog posts with Jarvis or how to use Jarvis Boss Mode, you should read them as they will help you understand how to drastically improve your writing with Jarvis AI.

That being said, if you have read those posts, you’ll see that I teach you how to use Jarvis Commands one-by-one to create content such as blog posts.

With Jarvis Recipes, I can take all of those Jarvis Commands and put them in order, and publish them as a Jarvis Recipe so users simply have to run each command to create content.

You can build your own Jarvis Recipe (which I’ll show you how to do later in the post) or you can use any of the Jarvis Recipes created by the community like the one I listed above.

Let’s go over how to use Jarvis Recipes so you can unleash the true power of Jarvis AI copywriting.

How to Use Jarvis Recipes

Assuming that your Jarvis account is all set up for using Boss Mode, it’s time to dig in and teach you step-by-step how to use Jarvis Recipes for more productive AI writing.

First and foremost, you’ll need to decide which Jarvis Recipe you want to use.

There are two options you have here – either pick one of the Jarvis Featured Recipes from the Recipe page or access a Jarvis Recipe from the community.

In order to see the list of Jarvis Featured Recipes, simply click on the “Recipes” page from the Jarvis application.

From there, you’ll be brought to the Recipes page where you’ll see a list of Jarvis Featured Recipes to choose from.

If you want to use one of the Jarvis Featured Recipes, hover over the recipe you want to use and click “Open recipe” (kinda sounds like open sesame 😂). Then, move on to step 2.

Otherwise, if you have the URL to a Jarvis Recipe from the community (many amazing ones can be found by searching the Jarvis Facebook Group), then simply open up the URL and move on to step 2.

After you open the Jarvis Recipe that you want to use, you’ll see a paragraph explaining what the recipe does and what it’s used for.

Then, you’ll see an area showing the recipe including all of the Jarvis Commands.

In the example shown below, I chose the Jarvis “Blog Post” featured recipe.

The next step is to run your Jarvis Recipe. In the upper-right of the recipe, click the “Run” button.

Here is what the Jarvis blog post featured recipe looks like copied over to the long-form editor:

After you have run your Jarvis Recipe and the recipe has been copied over to the long-form editor as a new document, it’s time to move on to step 3.

Most Jarvis recipes are going to have what are called variables in them.

Replace each of these variables with the items that fit the type of content you’re wanting to write about and create.

Keep in mind that some of these variables will not be able to be filled in until we run some of the Jarvis Commands.

For example, if you already know what your blog post outline is going to be, you can replace those variables.

However, Jarvis can create a blog post outline automatically for you as you can see in the Jarvis Command, “Write a blog outline.”

After Jarvis creates your blog post outline, you would then replace the variables for each “OUTLINE_ITEM.”

I go into much more detail on how to create blog posts that rank on Google in my Jarvis blog post tutorial if you want to dig even deeper.

You’ll learn how to run each of these Jarvis Commands in the next step.

As I mentioned before, Jarvis Recipes are simply a series of predefined Jarvis Commands that, when run in order, allow you to create AI content faster than ever.

Now that you have your desired Jarvis Recipe copied over into a new document and you’re in the long-form editor, it’s time to follow the recipe’s instructions in order by running the Jarvis Commands it contains.

Going back to the blog post Jarvis recipe, say I want to write a blog post about how to grow your business online.

After replacing all the variables with the content you want to create, you can begin running each of the Jarvis Commands in order.

After running each of the commands in order for your Jarvis Recipe, you should have most of your content generated for you by Jarvis AI.

After you have run all the Jarvis Commands for your recipe, chances are you’ll still need to generate more content especially if you’re creating content such as a blog post.

To get even better results, you can lead Jarvis by using transition words to start your sentences.

If there’s something specific that you want Jarvis to write about, you can be even more specific with your transitions.

For example, “Even though [benefit 1] is very important when considering [topic], [benefit 2] can also help greatly by…” and then hit the “Compose” button and watch as Jarvis produces excellent output related to the transition sentence you just used.

Once you have generated all the content you need, give yourself a pat on the back because you just successfully learned how to use Jarvis Recipes for really fast AI writing!

How to Create Your Own Jarvis Recipe

Now let’s go over how to create your own Jarvis Recipe from your Recipes page.

Follow these steps to create your own Jarvis Recipe:

If you want to make it even easier for others to understand how to use your Jarvis Recipe, you can create a YouTube video and then paste the link in the “YouTube explainer video URL” box which gives users an easy way to view your Jarvis Recipe tutorial. Keep in mind, this YouTube URL is completely optional and you do not have to create a video if you don’t want to.

When creating your own Jarvis Recipe, there are a couple of formatting options you should know about to make sure others use your recipe correctly.

You should denote Jarvis Commands within a recipe by placing the “>” character before each command.

You should denote variables within a recipe by wrapping the variable name with curly braces.

These variables will then be replaced by the users who are using your Jarvis recipe.

How to Delete Jarvis Recipes

If you are wondering how to delete a Jarvis Recipe from your Recipes page, it’s very easy.

That’s a wrap, folks! I hope this Jarvis Recipe tutorial helped you learn how to master writing AI with Jarvis and that you can begin creating content even faster than before.

Have you used Jarvis Recipes to speed up your writing? If so, what do you think of them? Are there any features the Jarvis team could add to make recipes even better?

Let me know in the comments below!

Until next time,
Jake ✌

Join the completely free WordPress Without Page Builders by StartBlogging101 Facebook Group and connect with an awesome community of rockstar individuals who are passionate about building fast, profitable WordPress sites to grow their businesses. Come say hi! 👋

Jake is the founder of Start Blogging 101. He is a fully-remote software engineer by day and a guitar-wielding musician by night with a burning passion for technology, entrepreneurship, and music. 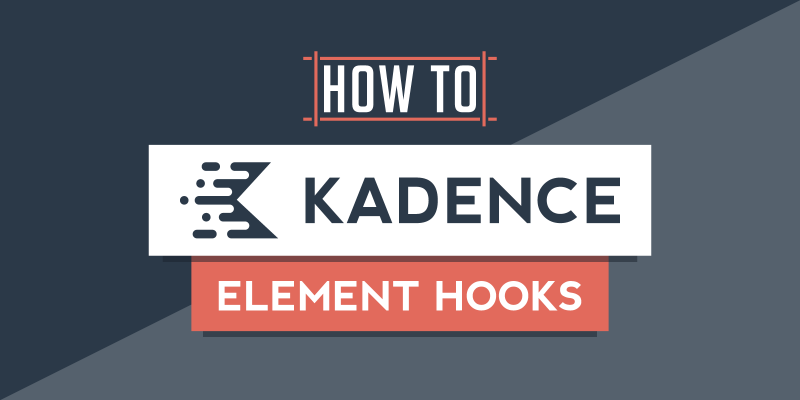 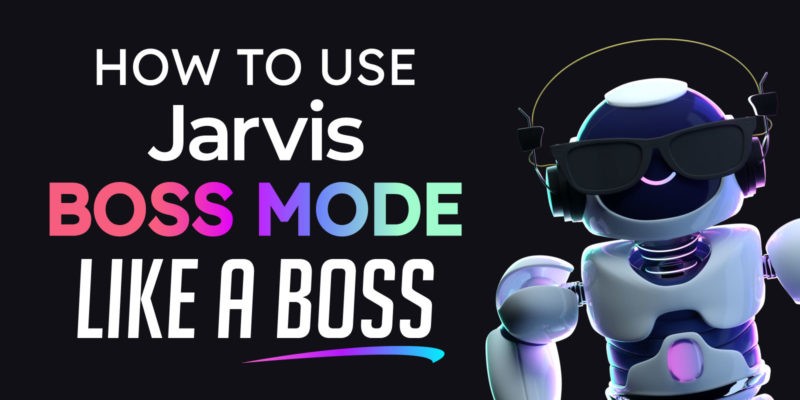 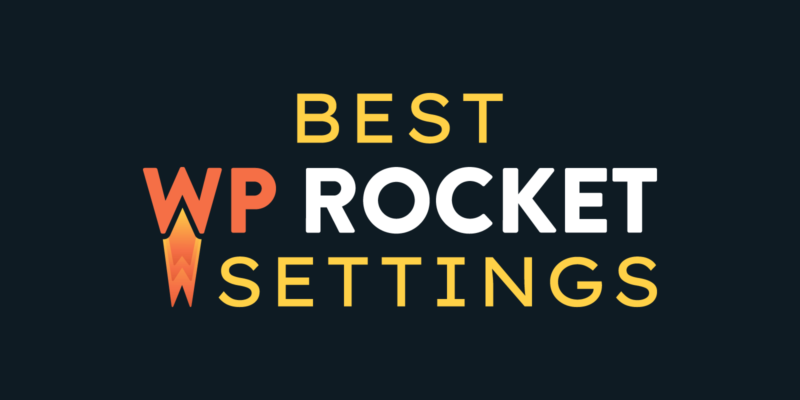 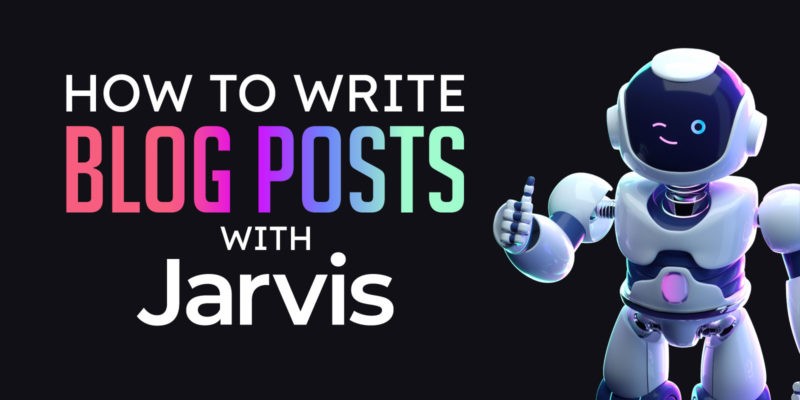 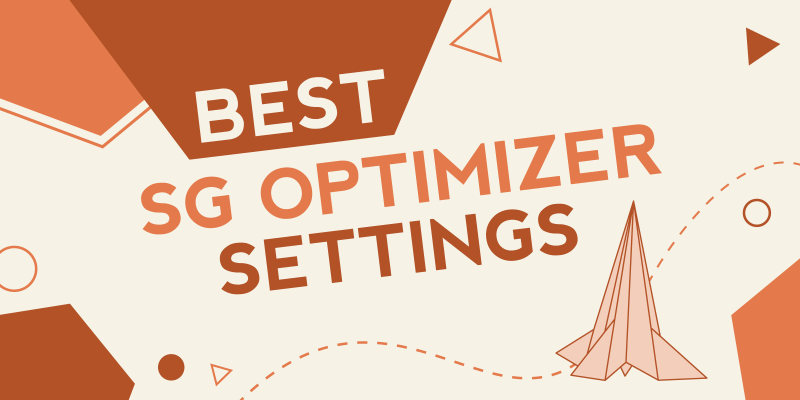 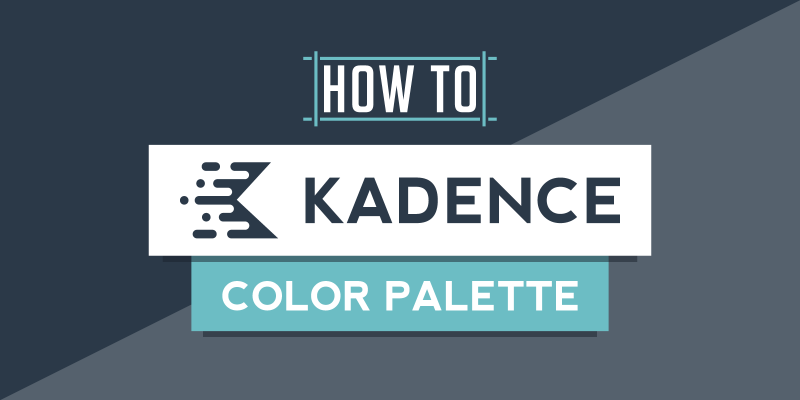 SiteGround: The best managed shared hosting for the money. (70% off)
→ Read SiteGround Review

Jarvis AI: Use the power of AI to let a robot write your content for you (including blog posts!)
→ Read Jarvis Review